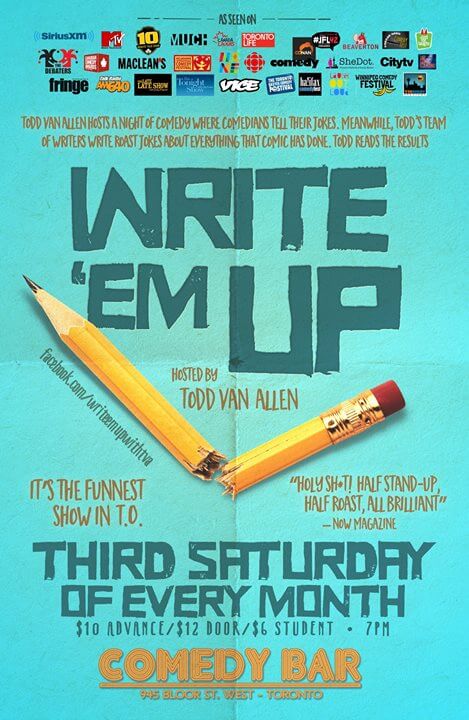 Write Em Up is very proud to be part of the Toronto Sketch Comedy Festival!

Todd Van Allen hosts a night of comedy. This time, sketch troupes perform while a team of writers jot down roast-jokes about everything the sketch troupes say, do, whatever. Todd then reads out the bad news.

Third Saturday of every month. It’s the funnest show in TO!