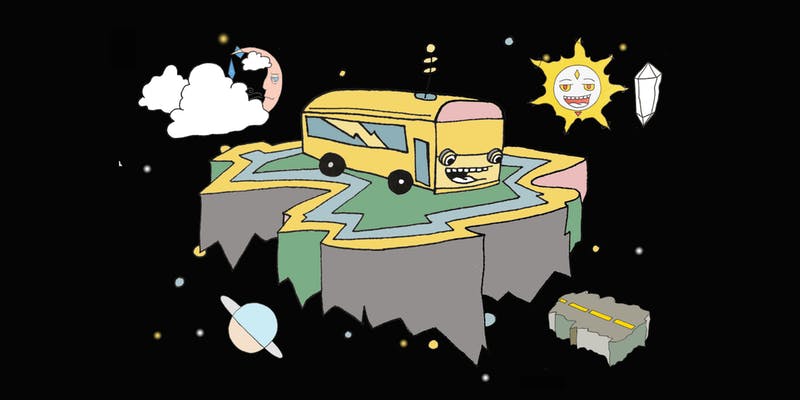 Hop on a bus with your buddies and come see 4 killer rock bands in Toronto at The Horseshoe Tavern.

The bus ticket will take you to the venue door, get you into the show, and bring you home! Tickets available online in the link below or in person for $20. If you make your own way to the show, it’s $7 at the door. Doors @ 8:30pm. 19+ Event.

Kansas Stone is a HUGE up and coming country rock band from Barrie, ON. Primary members Brian Vain and Matt Davey have been honing their outdoorsy, southern rock sound in Ontario, Canada for over 15 years. Their current single “Blaze of Nothing” is getting airplay on CBC Music and Sirius XM Radio and they recently hit 100,000 streams on Spotify.

The Mystics are a psychedelic rock band from Barrie ON and have exploded onto the Canadian music scene as an act to be reckoned with. This powerhouse rock and roll band is already making waves in the Ontario music scene. Coming off a summer tour of Ontario, performing at sold out bars, venues and festivals; The Mystics recently released their debut single and music video “Desert Ritual.”

The Noolands are a rock and roll band emerging from Barrie, ON Canada. This energetic and charming foursome proves that being an independent artist is all about bringing people together. Their collection of music combines many genres of rock, from alternative to progressive, blues to funk. With The Noolands, what you see is what you get, great music inspired by real life.

Cousin Jack is a Barrie based folk rock trio from Barrie ON.
Blending their passion of bluesy rhythm folk and grungy rock, Cousin Jack ties together punchy drives with emotive energy! Cousin Jack just released a new single called “Your Sky” and is available on Spotify and Apple Music.
​