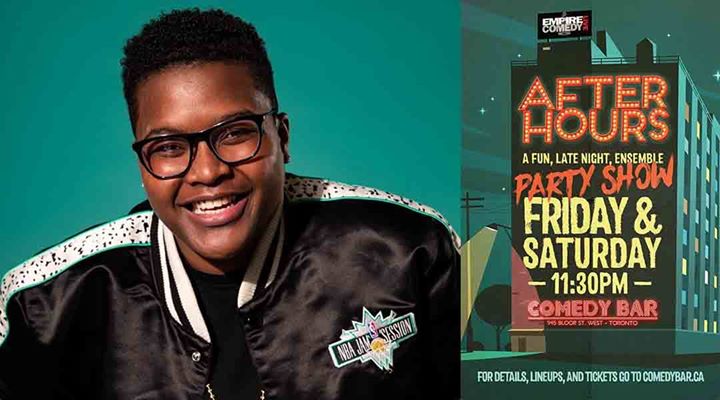 Saturday Night Live’s Sam Jay is taking over After Hours!

Sam Jay is an Emmy nominated writer for Saturday Night Live, and has been selected as one of Variety’s 10 Comics to Watch. Sam has previously released stand up specials for Netflix & Comedy Central, and performed stand up on Jimmy Kimmel Live

**NOTE: Friday’s event with Sam Jay has had to be cancelled due to a flight cancellation. Friday’s After Hours will be the regular fun After Hours silliness

Comedy Bar is located directly across the street from Ossington Subway Station (Delaware Street entrance), and the show is wrapped by 1:00am so you’ll still have time to catch a train home 🙂