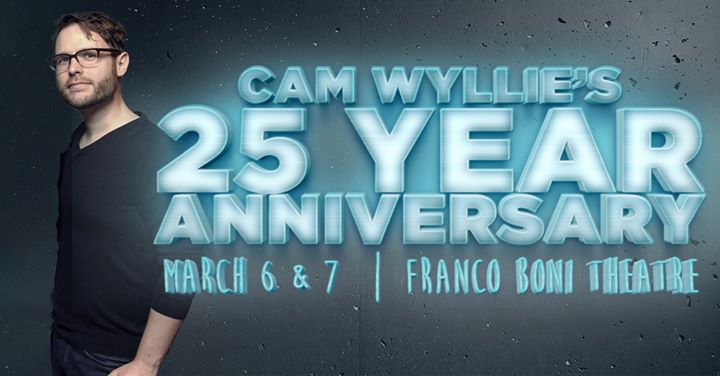 Can you believe it? Cam Wyllie is celebrating his 25th year performing sketch comedy!(And his 14th at The Toronto Sketch Comedy Festival)

To celebrate this milestone, he’s bringing you a half hour of his all time favourite sketches mixed with the hits of his 2019 season. And could there be… a surprise that will change his very life forever? Find out at Cam Wyllie’s 25 Year Anniversary, March 6 & 7th at the Franco Boni Theatre! (The big ol’ stage at The Theatre Centre)

….and more to be announced!